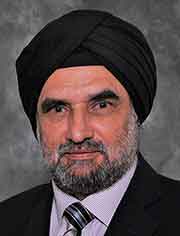 Brief Bio: Professor Balbir Singh, Senior Principal Fellow and the founding director of the Malaria Research Centre, Universiti Malaysia Sarawak (UNIMAS), obtained his BSc, MSc and PhD degrees from the University of Liverpool, UK. From 1984-1991 he worked as a Postdoctoral Scientist and as a Beit Medical Fellow on falciparum malaria at the Liverpool School of Tropical Medicine, with short working stints in Malawi and Thailand. His research on molecular epidemiology of malaria continued at Universiti Sains Malaysia and at UNIMAS. His research team has made several key discoveries indicating that knowlesi malaria is a significant, life-threatening zoonotic disease that is prevalent in Southeast Asia. His research has been funded by international funding agencies, including the Wellcome Trust, UK, and he has published in leading journals such as The Lancet, Clinical Microbiology Reviews and Emerging Infectious Diseases. He is a Fellow of the Academy of Sciences Malaysia, and recipient of the Top Research Scientists Malaysia 2012 award and the Merdeka Award in 2017. He served as local secretary for Malaysia for the Royal Society of Tropical Medicine and Hygiene (1994-2007), as a commissioner for The Lancet Commission on Malaria Eradication and twice as an advisor to the World Health Organization.

Abstract: Zoonotic malaria infections were considered to be extremely rare until we described a large focus of human infections with Plasmodium knowlesi in Sarawak, Malaysian Borneo in 2004. Knowlesi malaria cases were subsequently detected throughout Southeast Asia and in the Andaman and Nicobar Islands of India. There has been an increase in the annual number of knowlesi malaria cases, particularly in Malaysia where from 120 cases in 2004, the annual number of reported cases increased to 912 in 2009, and to between 1,600 and 4,131 cases since 2012. Human P. knowlesi infections are often misdiagnosed by microscopy as P. malariae, since these two species are morphologically identical and so it is necessary to use molecular detection methods for accurate identification. The primary reservoir hosts for P. knowlesi are long-tailed and pig-tailed macaques and transmission between hosts is through outdoor feeding, forest-dwelling Anopheles mosquitoes. Microsatellite and whole genome sequencing revealed there are three sub-populations of P. knowlesi, and the two found in Malaysian Borneo are associated with either long-tailed (termed cluster 1) or pig-tailed macaques (cluster 2). Recently other zoonotic malaria parasites including P. cynomolgi, P. inui and P. coatneyi have been described. The changes in the epidemiology of zoonotic malaria may reflect improved awareness and diagnostic capacity, decrease in cross-species immunity in the human population, and increased interaction between humans, macaques and mosquito vectors due to various factors including land-use changes and changes in vector abundance and bionomics. Zoonotic malaria infections are of public health importance and a hindrance to the efforts to eliminate malaria. 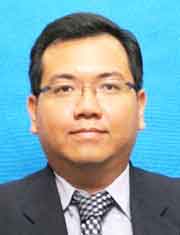 Brief Bio: Dr. Tam continued his post graduate studies in Doctor of Public Health (DrPH) at the Malaysia National University Medical Center (UKMMC) in 2009 and was awarded the Community Health Faculty’s Hideyasu Aoyama Award upon completing his studies in 2013. In September 2013, he was assigned the Area Medical Officer of Health for Kinabatangan Area, Sabah. It is very challenging to provide healthcare services for the communities living along the Kinabatangan River, the second longest river in Malaysia with very limited staff and challenging geographical and jungle terrain. During his service in East Sabah, the working environment issues faced by workers at the oil palm industries posed significant public health diseases such as cholera, tuberculosis, malaria (especially zoonotic malaria) and other infectious diseases gave him a lot of experience and self- reflection. In 2015, he was reposted as a Senior Principal Assistant Director for Disaster and Outbreak Management Sector and recently joined the Vector-borne Diseases Sector, Ministry of Health, Putrajaya early 2021. Giving his experience in Sabah, he could contribute in the quest for malaria elimination certification for Malaysia. He is a member of the IVLP- Global Health Security Agenda (GHSA) and participated in the Joint External Evaluation (JEE) for Malaysia in 2019.

Abstract: Malaysia has come a long way in prevention and control of malaria since the introduction of the malaria eradication programme in 1960. Throughout the 1990s, the programme focused on building a strong surveillance system, increasing coverage of indoor residual spraying and insecticide treated nets, and early detection of and response to cases. The programme’s focus on malaria elimination has started in 2011, with a phased goal of achieving zero local transmission in West Malaysia by 2015, and in Sabah and Sarawak by 2020. Malaysia has now recorded zero indigenous malaria case for almost four consecutive years since 2018. The National Strategic Plan for Elimination of Malaria 2011–2020 has ended. Therefore, the National Malaria Control Programme has conducted a programme review and developed the Malaria National Strategic Framework for Prevention for Re-establishment 2021–2025. Unfortunately, Malaysia is now faced with increasing burden of knowlesi malaria which is zoonotic in origin. Currently, Malaysia is developing a National Strategic Framework for Zoonotic Malaria which is expected to be launched in early 2022. 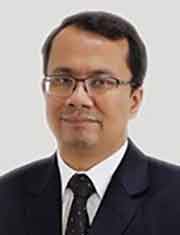 Brief Bio: Dr.Timothy William MBBS (Malaya) MRCP(UK) FRCP (Edin) is currently the Infectious Disease Physician at the Gleneagles Hospital Kota Kinabalu, Sabah. He is President of the Infectious Disease Society of Kota Kinabalu Sabah and also an Honorary Associate for Institute of Clinical Research Centre in Malaysia, the Menzies School of Health Research, Darwin, Australia and an Associate Investigator for The Australian Centre of Research Excellence in Malaria Elimination. He was formerly the Sabah State Infectious Consultant for 10 years when he served in the Public Sector. Dr. William and his team have international journal publications infectious diseases. He received the 2017 Merdeka Award for his work as an Infectious Disease Physician and his research on P.knowlesi malaria. He also received The International Bill and Melinda Gates Travel Award from the American Society of Tropical Medicine and Hygiene, and the John Forbes Travel Award from the Australian Society of Infectious Diseases.

Abstract: Plasmodium knowlesi occurs across Southeast Asia and is the most common cause of malaria in Malaysia. High parasitaemias can develop rapidly, and the risk of severe disease in adults is at least as high as in falciparum malaria. Prompt initiation of effective treatment is therefore essential. Intravenous artesunate is highly effective in severe knowlesi malaria and in those with moderately high parasitaemia but otherwise uncomplicated disease. Both chloroquine and artemisinin-combination therapy (ACT) are highly effective for uncomplicated knowlesi malaria, with faster parasite clearance times and lower anaemia rates with ACT. Given the difficulties with microscope diagnosis of P. knowlesi, a unified treatment strategy of ACT for all Plasmodium species is recommended in coendemic regions. 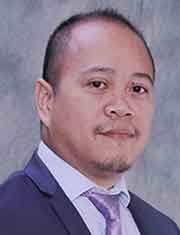 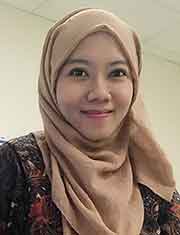